May I Never Lose the Wonder of Your Mercy

I can’t tell you guys how awesome it was to be back at PCC this Sunday, after being out of town last weekend. It was awesome. No words can describe the message that was brought to us this morning.

A couple of weeks ago we started a summer series called The Word, which is centered on the book of Ephesians. So far we have gone through the whole first chapter and today we started chapter two. Since I had missed the conclusion of chapter one last week I made sure to catch up before this morning’s service, and boy am I glad.

“15 For this reason, ever since I heard about your faith in the Lord Jesus and your love for all God’s people, 16 I have not stopped giving thanks for you, remembering you in my prayers. 17 I keep asking that the God of our Lord Jesus Christ, the glorious Father, may give you the Spirit[f] of wisdom and revelation, so that you may know him better. 18 I pray that the eyes of your heart may be enlightened in order that you may know the hope to which he has called you, the riches of his glorious inheritance in his holy people, 19 and his incomparably great power for us who believe. That power is the same as the mighty strength 20 he exerted when he raised Christ from the dead and seated him at his right hand in the heavenly realms, 21 far above all rule and authority, power and dominion, and every name that is invoked, not only in the present age but also in the one to come. 22 And God placed all things under his feet and appointed him to be head over everything for the church, 23 which is his body, the fullness of him who fills everything in every way.”

Basically, the pastor really keyed in on verse 17, where Paul is praying that we may have “the Spirit of wisdom and revelation”. The pastor went on to explain that we often get caught up in seeking endless information, which is great but it is also useless if we do not have any sort of revelation about the information we acquire.

I don’t know about y’all, but that hit home for me because I feel as though sometimes I read the Bible and I comprehend what the words are saying to me but I don’t fully seek what God is saying to me. I think that is an imperative step that I have been missing. So today when I went to church I still had this message on my heart and it was once again brought to my attention when the guy who did the offertory prayer drew upon this concept of revelation.  Needless to say, this was an excellent way to enter the message; with revelation on my mind and heart.

So today’s message was all about Ephesians 2:1-10.

“2 As for you, you were dead in your transgressions and sins, 2 in which you used to live when you followed the ways of this world and of the ruler of the kingdom of the air, the spirit who is now at work in those who are disobedient. 3 All of us also lived among them at one time, gratifying the cravings of our flesh[a] and following its desires and thoughts. Like the rest, we were by nature deserving of wrath. 4 But because of his great love for us, God, who is rich in mercy, 5 made us alive with Christ even when we were dead in transgressions—it is by grace you have been saved. 6 And God raised us up with Christ and seated us with him in the heavenly realms in Christ Jesus, 7 in order that in the coming ages he might show the incomparable riches of his grace, expressed in his kindness to us in Christ Jesus. 8 For it is by grace you have been saved, through faith—and this is not from yourselves, it is the gift of God— 9 not by works, so that no one can boast. 10 For we are God’s handiwork, created in Christ Jesus to do good works, which God prepared in advance for us to do.”

These verses really hit home for me. I know this seems like a pretty standard concept to cover in church (we were dead in sin, then God gave us life through the death of His son) but I don’t know about you but I have never grasped the concept more than I have this morning. I had a serious revelation.

The pastor drew upon Genesis 3:1-7

“3 Now the serpent was more crafty than any of the wild animals the Lord God had made. He said to the woman, “Did God really say, ‘You must not eat from any tree in the garden’?”2 The woman said to the serpent, “We may eat fruit from the trees in the garden, 3 but God did say, ‘You must not eat fruit from the tree that is in the middle of the garden, and you must not touch it, or you will die.’”4 “You will not certainly die,” the serpent said to the woman. 5 “For God knows that when you eat from it your eyes will be opened, and you will be like God, knowing good and evil.”6 When the woman saw that the fruit of the tree was good for food and pleasing to the eye, and also desirable for gaining wisdom, she took some and ate it. She also gave some to her husband, who was with her, and he ate it. 7 Then the eyes of both of them were opened, and they realized they were naked; so they sewed fig leaves together and made coverings for themselves.”

He used these verses to point out to us that this concept of  sin leading to death was established from the very beginning, in that Adam and Eve had life but sin (eating from the tree of the knowledge of good and evil) brought them into death, as well as the rest of humanity to come.

He used this passage to point out that God has put His word right in front of us. He has not hidden it or asked us to search it out. It is right before us, waiting to be picked up and studied. God has given us the opportunity to choose between death and life. He even encourages us, in verse 19, to choose life.

Well, that same concept applies here. We have been offered life or death. The decision seems pretty clear. Before Christ we are all dead and, as the pastor said, when we die only two things happen 1: people dress us up and 2: people put us in a hole in the ground. That is death.

I think we tend to think that it would be easier just to go with the flow of life and continue living according to the world because most of the time that is what appears to be more “fun” or just easier. When in reality it leads to nothing more than death.

One day God will return and He makes it very clear that one day He will return to rid the world of all of it’s sin, creating a new earth and a new heaven. (Isiah 13:9-“See, the day of the LORD is coming –a cruel day, with wrath and fierce anger– to make the land desolate and destroy the sinners within it.”)

I think, all too often, it’s easy to go with the flow appearing to be “alive” when in reality we have been dead all along. Well faking it won’t bring us through the wrath of Christ.

Just as the pastor said this morning, many people want to reply with “well what kind of God would do that?” Well, a God of love. Seems odd but He is a God of immense mercy and love, as stated in Ephesians 2:4-5 “4 But because of his great love for us, God, who is rich in mercy, 5 made us alive with Christ even when we were dead in transgressions—it is by grace you have been saved.” He loves us enough to give us the opportunity to come to our knees and cry out for forgiveness each and every day.

God isn’t a god of keeping tabs, or finger wagging. When you come to the foot of the cross, broken and asking for forgiveness, God is waiting there with open arms. Ready and willing to wipe your slate clean. I think we tend to forget that God doesn’t have to wait on us. He can call His people home whenever He pleases. But each day the sun rises God is offering up another chance for us to turn our lives over to Him so that we are not consumed by His wrath on the day of His return.

Don’t wait until it is too late.

I don’t know about you guys, but today was a day of revelation for me. I have had one foot in the door and one foot out. One hand trying to hold onto the world and the other onto God. But that’s not how it works. I don’t want my time to run out.  My God is a god of incomparable mercy and love. I don’t want to miss out on the grace and forgiveness that He is offering me.

There is a new song by Matt Redman, on his new cd, and the lyrics say it perfectly; “may i never lose the wonder, o’ the wonder of your mercy, may I sing your hallelujah, hallelujah amen.”

I hope to never lose the wonder of the mercy God has afforded me. 🙂

Posted by hvharve in Uncategorized 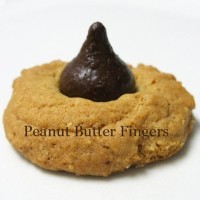 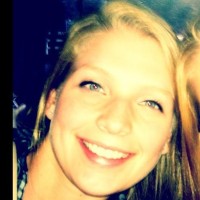 What Day Is It?

Plowing through Life in the Country...One Calf Nut at a Time

Take your finger, dip it in the peanut butter jar & voila!